We are a loving, inclusive community. EVERYONE IS INVITED.

God has been worshipped here at Westminster though the prayers and praises of many generations. Worship at Westminster is decidedly formal but not stuffy. We believe worship of God is first and foremost an act of honoring the source of life and is to be conducted with dignity and respect while reflecting the warmth, creativity, and joy of the God we honor.

Read on to view our worship schedules and to learn more about our traditions.

Worship (with Holy Communion) in the Holmes Chapel

Worship in the Sanctuary. Holy Communion is served the first Sunday of the month. This service is also live streamed on our Facebook Page. 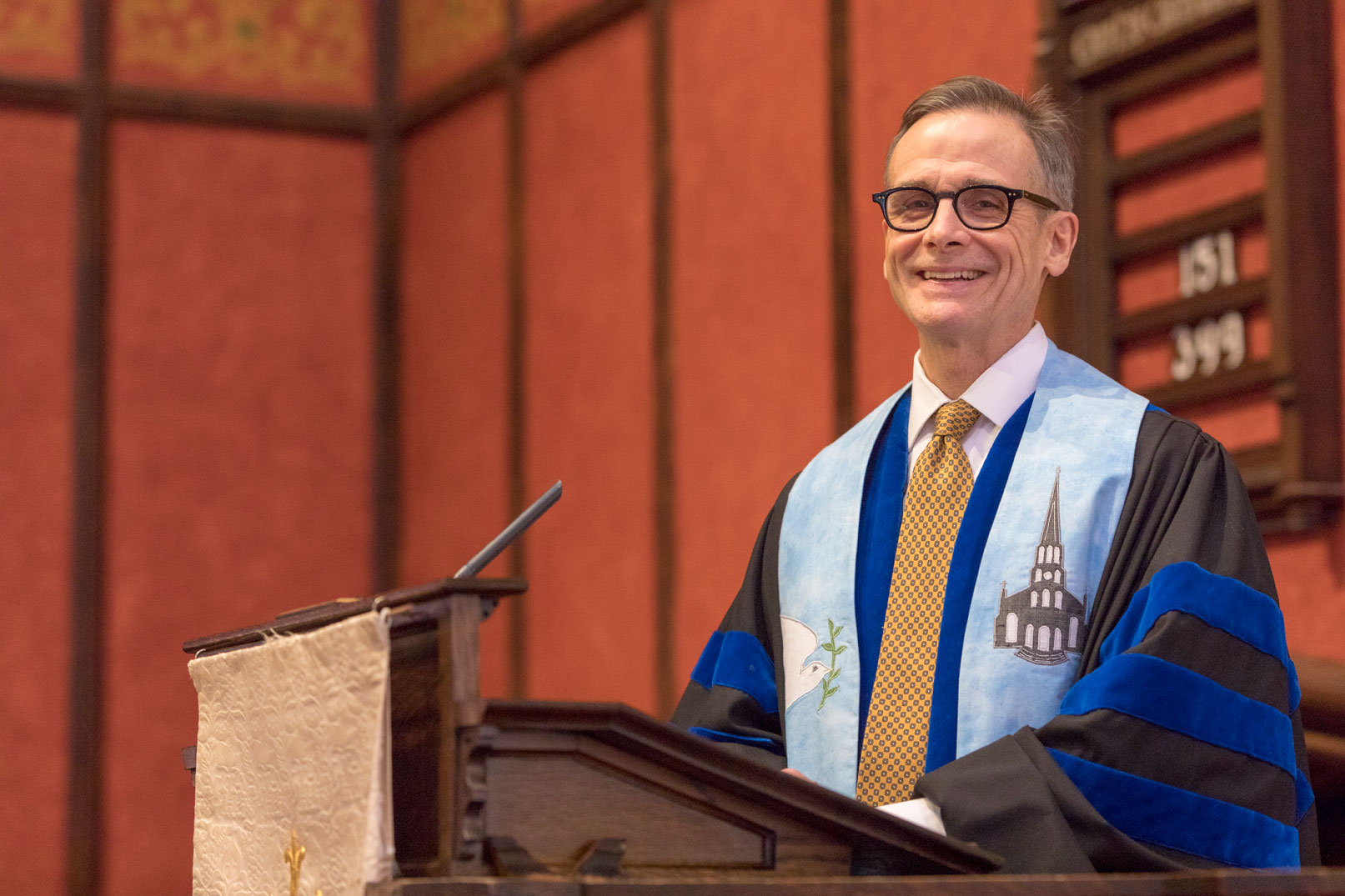 Look up, Look Out

October 18
The twentieth sunday after pentecost

How to Vote in the next election

October 11
The Nineteenth sunday after pentecost

Light the path: what the lord requires

We are blessed with an elegant and inspiring sanctuary. Modeled after the great cathedrals of Europe, it is meant to give worshippers a place to rest and recharge their souls. The soaring blue ceiling suggests the heavenly realm, and the biblical images depicted in the stained-glass windows were originally used to teach the stories of the Bible.

The worship bulletin is used to guide those attending through the service. Our service is like a drama that moves toward the sermon, which is based on weekly readings from the Bible. The prayers preceding and following the sermon prepare us to listen to the scripture and message, then to respond. Choral anthems and hymnody are chosen to lift the hearts of worshippers and reinforce the message in scripture and song.

The black robe and stole of the clergy depict their role as teacher. Similar robes were worn by teachers from the earliest universities in Europe. The stole draped over the shoulders is a reminder of the towel Jesus used to dry his disciples' feet after he washed them.

Portions of the service are sung by the choir, allowing the worshipper space to reflect and freedom to participate in a silent but direct way.

We gather each Sunday to listen, respond, and go into the world renewed in our trust that life and love is stronger than hate or death.

Evensong and Compline are services of evening worship that share roots in medieval traditions nearly a thousand years old. The choir leads with anthems and sung prayers. Evensong or Compline services are held on various Sundays at 4 PM in the sanctuary. For more, visit the Westminster Presents​ page.